What a great find Berat was. The town which is located in the south of Albania is known locally as the city of a thousand windows. 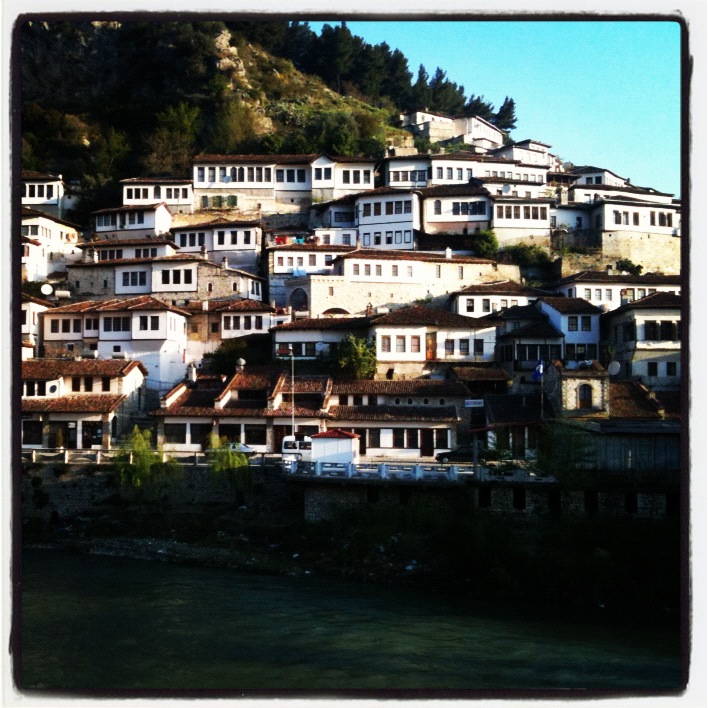 This photo explains why of the nickname. Rows of houses are built along the hills, one above the other giving a sense of a landscape full of windows once you’re walking along the riverbank. 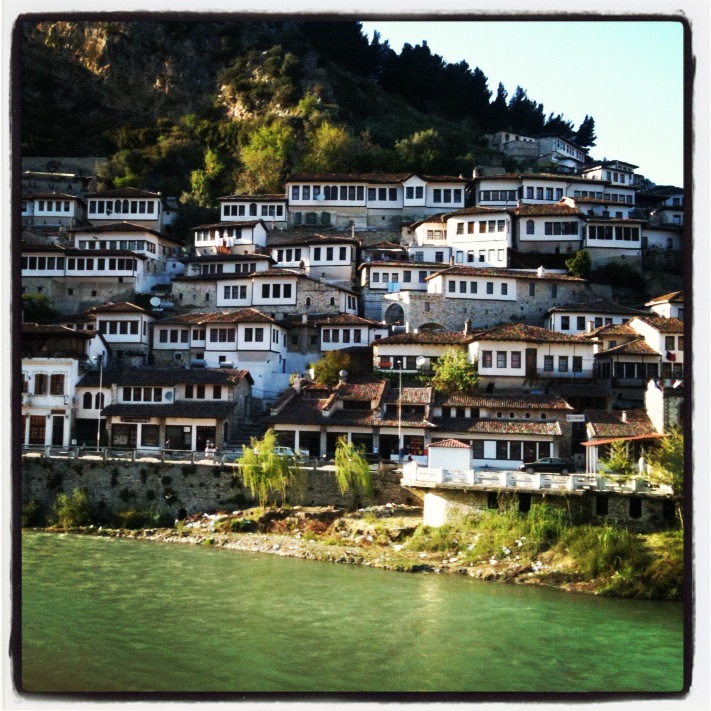 The town is a great example of a well-preserved Ottoman city, giving it a UNESCO World Heritage status as recent as 2008. Berat is also known for its medieval castle which is recognised as one of the last remaining inhabited castle grounds in the world today. Besides the beautiful landscape that Berat sits on, the city has one of the friendliest and most approachable population I’ve ever been to. Nowhere else in Europe have I found such hospitable people – people stopping by just to welcome you to their town. Or the various conversations I’ve had with the locals who seem to be intrigued with a foreigner walking on their streets whilst trying to practice their limited English.

Berat is truly a town I’ve found to like really much. From the historic landmarks to the intimate scale of the town. More importantly to the friendliest of people. The next time you plan a visit to Eastern Europe why don’t you give Berat a chance. I’m sure you’ll find to love it.

This website uses cookies to improve your experience while you navigate through the website. Out of these cookies, the cookies that are categorized as necessary are stored on your browser as they are essential for the working of basic functionalities of the website. We also use third-party cookies that help us analyze and understand how you use this website. These cookies will be stored in your browser only with your consent. You also have the option to opt-out of these cookies. But opting out of some of these cookies may have an effect on your browsing experience.
Necessary Always Enabled
Necessary cookies are absolutely essential for the website to function properly. This category only includes cookies that ensures basic functionalities and security features of the website. These cookies do not store any personal information.
Non-necessary
Any cookies that may not be particularly necessary for the website to function and is used specifically to collect user personal data via analytics, ads, other embedded contents are termed as non-necessary cookies. It is mandatory to procure user consent prior to running these cookies on your website.
SAVE & ACCEPT